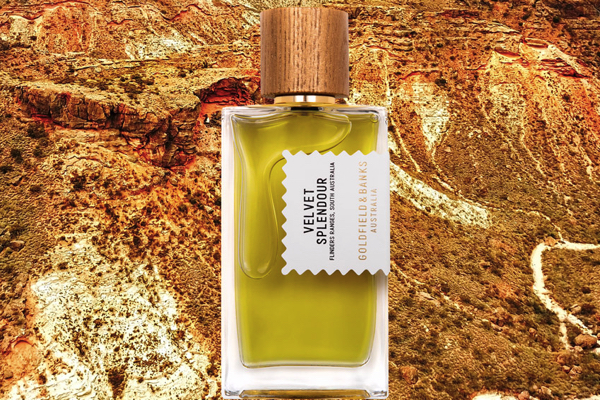 Indigenous as an adjective refers to something that originates or occurs naturally in a particular place. This particular place might be Australia, and its native ingredients might tell a story never heard before.

The founding father of paleontology, Georges Cuvier, a French naturalist and zoologist once said: “The most splendid monuments which art has erected are in honor of ornithology.” …it takes a while to fly from Europe towards the land of Australia and to research and understand it’s diverse surface, to extract the rarest ingredients, to blend the most exquisite scents, to smell and to capture the precious essence of the land.

It also requires a risk-loving adventurer, a curious soul to explore and seizure the wild side of the continent – the vast blue coastlines, thick forests, and the seemingly unending dusty deserts. The first known landing in Australia was done by a Dutch navigator Willem Janszoon in 1606. Later that year, Spanish explorer Luís Vaz de Torres sailed through and marked on the map the Torres Strait islands. To explore something also means to take the responsibility of giving a definition to it, the responsibility of a conceptualization. GOLDFIELD & BANKS conceptualized Australia through olfaction. The brand captures every color of the different parts of the land, studies, and extracts an essence of each and every bark, leaf, flower, and seed… In order to talk, to talk about the land through smell.

This year’s release smells tender, tender as touch. VELVET SPLENDOUR is a tender blast from the past. The liquid of the fragrance reflects the color of Acacia pycnantha – Australia’s national flower, better known in other parts of the world as mimosa, a plant with delicate fern-like leaves and yellow flowers. The plant genus name comes from Spanish mimosa, which is the feminine form of the Spanish adjective mimoso meaning “cuddly”. This flower is sensitive to touch, and the best-known plant from that genus is the Mimosa pudica, known in English as the “touch-me-not”.

Touch has a secret power; it transmits the message in an instant, just as the smell. A touch can be surprising, can be expected, can be rude or gentle… But what’s most important is that each and every one of us craves to be touched… Mentally, physically, spiritually, we crave for recognition and care, we crave for proximity and understanding. Because what is life without a loved one? Without his or her arms around us? Without his or her smell next to us? Both smell and touch, are related to intimacy, to fragility. Both smell and touch, require a certain type of openness, a risk taken to receive.

Velvet Splendour utilizes the Australian Mimosa flower, a meatier and more brutal sort of mimosa, a smell a bit unusual to the European palette. Here, the expected shy and powdery touch of mimosa gains more character and leads towards the discovery of unexpectedly direct Australian version.

Foto del diarioScent memories from childhood are among the most formative. When Sebastián travelled from Argentina to Europe in 1978 on a transatlantic liner, the first port of call was Rio de Janeiro, and that was were one of his first (and most cherished) olfactory memories was formed: a soft fresh scent of Tuberose wafting in through an open car-window. #sotd #altaia #tuberoseinblue ... Vedi di piùVedi di meno