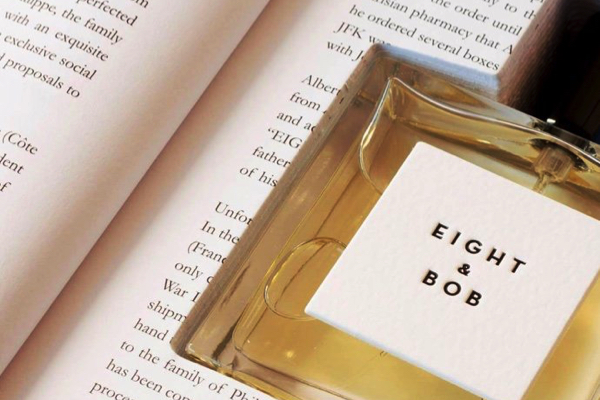 They say that the world is your oyster, which is partially true, but the world is also a hell of a show, oftentimes a performance of the wealthy, the beautiful and the fortunate.

This fragrance collection happened back in the good old days, just before the Second World War broke loose. The rich and famous were invulnerable back then, they were unreachable via social media, their taste was matchless and unique, and their lifestyle especially exclusive, full of dazzling parties and encounters. One of these encounters between the French, Albert Fouquet, and the American, John F. K. on The French Riviera, gave birth to the brand “Eight and Bob” and an iconic fragrance that carries the pure elegance of a gentleman and the charm of the golden era into the nowadays.

Through a fragrance, we can travel back in time, revive the good old times and smell the best of American allure. Eight & Bob is a niche perfume brand created by the French perfumer Albert Fouquet that carries and shares a blend of French Americana, a drop of history conceived in a perfume bottle de facto. It’s not merely an inspiration from the past; it’s a fact, a living history in a perfume bottle, a blast from the elite past, and an olfactive role model that carries the values of the best.

We start a relationship with something or someone not just because of how great they are but how great they make us feel. And this is probably why and how Eight & Bob came alive – JFK was captivated by the essence that Albert wore and made for himself. A perfumer by chance, he received plenty of compliments about his blends, but nobody ever asked about the product and production, except JFK, who was lucky to receive a sample upon his departure to the States.

Human relations grant us extraordinary gifts – such as a chance to experience something new, to start something new, to love, to enjoy… they make us feel. JFK felt something special about Albert and the cologne of his, so he ordered more, and it became his signature scent for years. Part of his identity.

Ever since, the formula of “Eight & Bob” has been kept the same and is perceived as one of the most exclusive colognes in the world due to the natural ingredient called Andrea which grows and is collectable during only a very short period of time in the year so that the production of “Eight & Bob” is still very limited. Yet exclusive, dazzling and glamorous –

A spray of history not to be forgotten.

Travel essential 🏄‍♀️☀️ thank you for